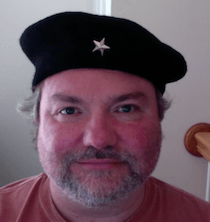 In his first professional life, Jon was an English, Social Studies, and (occasional) Computer Education teacher in rural schools. In his second life, he worked variously as an Assistant Principal, Dean of Students, Data Specialist, and Curriculum Coordinator. In his (current) third life, he is a member of reDesign’s design and knowledge building team. As John F. Kennedy observed, “For of those to whom much is given, much is required.” Jon’s work in education has allowed him to honor those who gave much to him as a first generation American and to pay it forward to those he has taught. He strongly believes that there isn’t a better way to say thank you for the education, care, and guidance he received from his teachers. He is clear that even if he didn’t get paid for his work, he would want help teachers be even better teachers. Jon admits to even sneaking in some coaching time with his children’s school teachers. Jon credits reDesign’s own Dixie Tremblay as being one of his mentors and guides in the field over the years. He feels like he wouldn’t have survived if it wasn’t for her leadership and guidance.

Jon designs curriculum and builds knowledge—for clients and for his fellow reDesigners. As a first-generation American and product of public schools, Jon is passionate about ensuring that all students have access to an education that equips them to live with passion and purpose. He has always been fascinated with finding the most effective and efficient means of using the resources we have to the greatest extent possible. This drive has always pushed to lead change—not change just for the sake of change, but change that brings with it better results with less effort. Jon’s favorite projects are those that meet teachers and students where they are and push them to be better. He often receives feedback stating how his designs are user friendly and effective. Teachers are thrilled to work with him as they have successful results with his coaching and design work.

In real life, he lives in the woods of New Hampshire with his two sons, one wife, and two cats. He, as a first generation American, has fulfilled his grandparent’s and parent’s dream of being a college graduate specifically from Allegheny College for undergraduate and University of New Hampshire for graduate. He draws inspiration and energy from sources time on the slopes, at the beach, and listening to Pearl Jam while driving with the top down in his Jeep. Personally, Jon has always been passionate about learning. His mind has always been wide-ranging, preferring to follow its own interests than the prescribed path. He loves learning something new—and, even more, introducing someone else to something new.