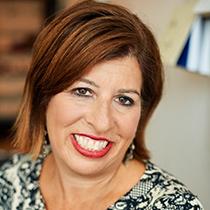 Ruth Oshman, a Northeastern University graduate, has had a very successful twenty-year career with Morgan Stanley where she held a variety of positions within the Business Information Services and Human Resources Departments.  Ruth was faced with having to reinvent herself as the economy took a downturn in 2008 that caused her departure from Morgan Stanley. Post the 2008 financial crisis, Ruth moved back to Massachusetts where she focused on more entrepreneurial endeavors. She consulted in HR for a Bread Company, helped a Financial Planner with her startup business and managed the volunteers at two annual events with the National Brain Tumor Society.

In 2009, Ruth became the Co-Founder of a pet apparel Company and in 2010, the Operations Director for reDesign, LLC. To market the dog apparel she attended many trade shows working with a limited budget. As the Operations Director, she brings an incredible depth of knowledge and experiences that allows reDesign staff to truly focus on the mission of the organization while she manages the operations.

Ruth prides herself on setting a high standard for herself professionally and personally. Ruth’s passion lies in working on client facing projects as well as troubleshooting any issue anyone might have. Her upbeat personality allows her to constantly take on new challenges and pushing past her comfort zone. She is known for her ability to network and connect with people. In her free time, Ruth is passionate about traveling and spending time with her friends and family and her dog Henrietta, a cockapoo.