The Price of Alienation 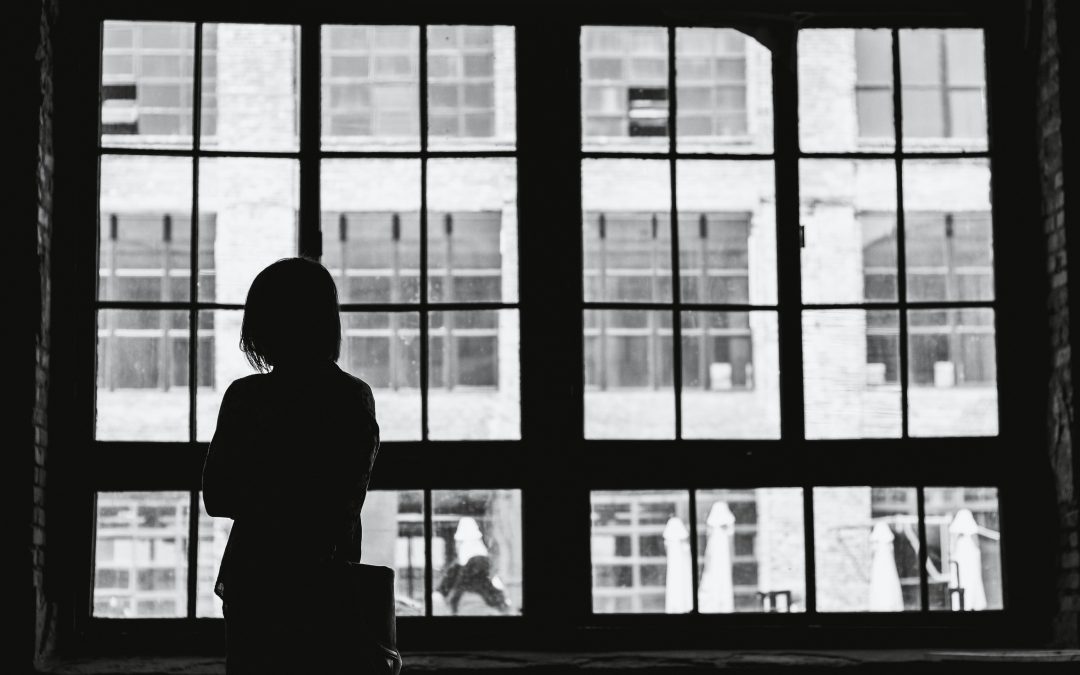 In the United States today, we’ve inherited an education system that is profoundly alienating for many of our nation’s young people.

The eternal, fundamental questions about education that such a system must address — What should education be? For whom? How? And why? — were last answered during the late 19th century’s Industrial Revolution. A “factory” model of schooling emerged, championing standardization, linearity, efficiency, and compliance, and adding up to a firmly entrenched, one-size-fits-all model of teaching and learning.

By its very nature, such a model stands to “fit” particular students better than others. Predictably then, the educational experience for many students in this country is one of frustration, humiliation, and above all, alienation. Their needs are ignored, their interests are not acknowledged, their abilities are not nurtured — their identity as learners is slowly lost. And, despite subsequent periods of major societal renovation, like our present “Information Age”, we remain largely stuck with the same schooling structures that were established nearly 150 years ago.

This is to say nothing of the racial and socio-economic alienation that students and families from marginalized communities have experienced since the conception of a U.S. public education system. We’re talking about a system whose past includes forcing Native Americans into boarding schools, barring Chinese Americans from attending any schools, and criminalizing African Americans for learning to read and write.

Even today, the legacy of these racist and classist policies has not fully eroded. For example, the long-lasting and negative impacts of this systemic discrimination against Black students, families, and communities have been magnified by recent crises, and contribute to present-day disparities in health outcomes and economic opportunities. More generally, property taxes continue to be the major funding source for many schools, which disproportionately affects working-class and minority students by maintaining a stark contrast in available resources.

As long as a zip code, an income bracket, or the color of one’s skin can reliably predict the quality and accessibility of their educational opportunities, we will be living with a system that is directly and unabashedly contradictory to the ideals of democracy, equity, and humanity. 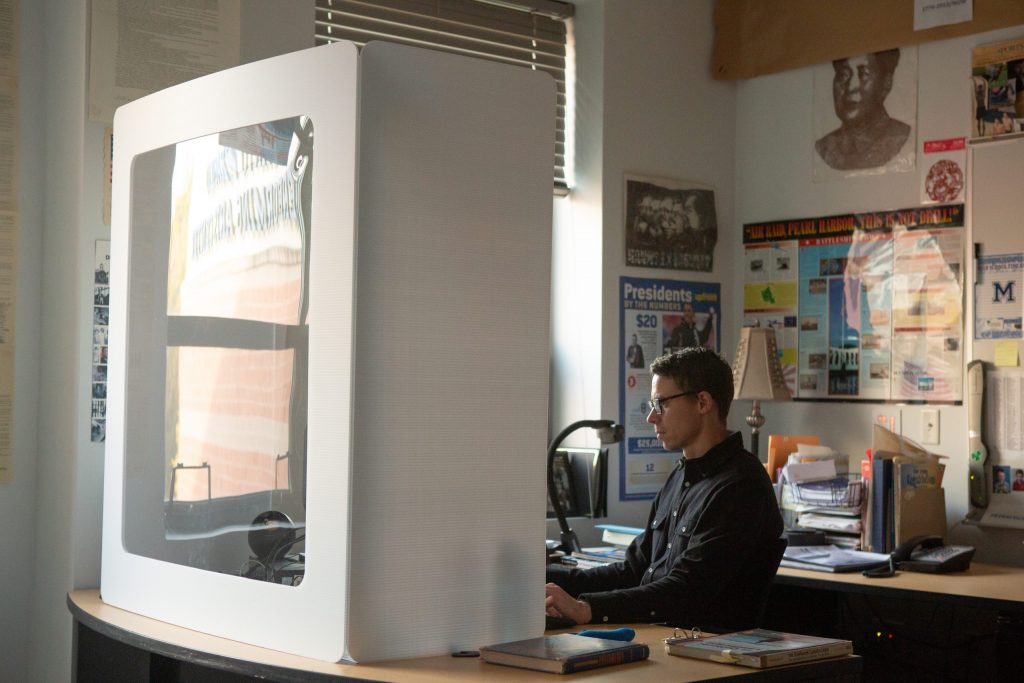 These two forms of alienation — the first a quiet legacy of industrialized education, the second a gross injustice as old as the US itself — have resulted in an implicit message that education is “for” some of us, and not others. Struggling students with limited access to social, economic, and educational resources are often told to “pull themselves up the ladder by their bootstraps”, even though we are all clearly not starting on the same rung of the ladder. Minority students are regularly labeled as low-performing, lacking ability, and “failing” from a very young age, and thoughtlessly redirected from a rigorous education into a pipeline that is characterized by disciplinary action, a dearth of cultural responsiveness, and eventually, incarceration.

When such grossly inequitable conditions seem to be the norm, rather than an occasional exception, it can be hard to resist the feeling that all are not equally welcome. For the many students who enter a system of education designed for one kind of learner — usually an upper-middle class, suburban White student that adheres to White cultural and behavioral norms and excels at taking standardized tests — feelings of alienation, frustration, and humiliation are hardly difficult to understand. Whether via racial injustice or the continued reinforcement of an outdated, rigid industrial model, our education system has sent a clear message to many: this system is not for you.

This is a problem that warrants more than the sympathetic tweet and a sigh that we’ve become accustomed to; it has severe and worrisome implications for the health and well-being of a democratic society. As long as we cling to the naive reductionism that equates high-school or college degrees to mere certifications, redeemable at your nearest employer for a salary (and occasionally, benefits), we relegate a fundamental cornerstone of democratic society to the status of a private commodity.

A “supply and demand” perspective might allow us to shrug off this kind of alienation as a mere inconvenience to the disaffected. In fact, to the rest of us, it could even seem beneficial — less competition for those precious few college credentials and jobs! And yet, to buy into this narrative is to pull the wool over our own eyes; it is naive at best, and anti-democratic at worst. 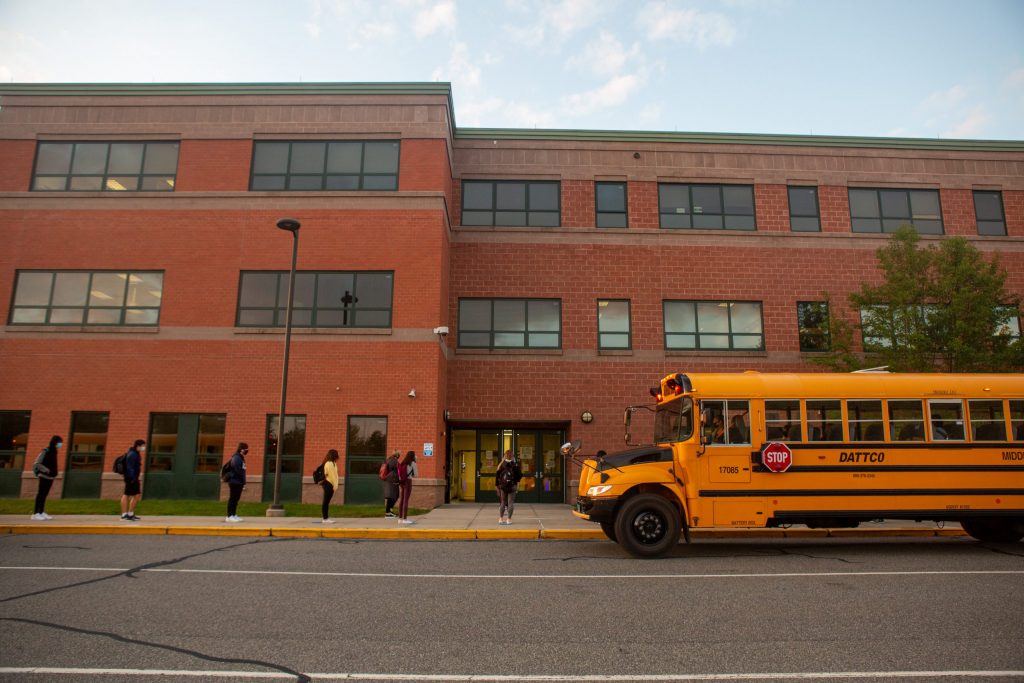 In fact, it has long been a part of our nation’s history to talk about democratic governance and education as two sides of the same coin. The very inception of our public school system was built around a notion that “the survival of the American republic depended on its ability to form individuals into a republican community in which citizens were imbued with a commitment to the public good”. Public, democratic education was central to that goal. Schools were to be a place where the nation’s youth, the next generation of citizens, could be brought together to engage in a shared social and cultural experience through which they might internalize our democratic norms, ideals, and principles within the context of their own diverse identities.

So, how do we realize those ideals? At reDesign, we think it starts with a positive vision: learner-centered communities where all young people thrive. We believe schools should become community hubs that support all learners as they develop competency, the feeling of connectedness, and a critical consciousness through which they are empowered to create positive change. When young people in our communities are able to develop the skills, knowledge, and dispositions that will help them navigate the complexities of the modern world, we all win. Every member of the community benefits, directly or indirectly, when their neighbors and fellow citizens are educated.

On a small-scale, a community with strong schools might experience a flurry of new small businesses, reinvigorated cultural institutions, and even improved health outcomes — things that benefit everyone who lives there. On a larger scale, a nation with a strong, equitable, and inclusive education system will produce competent, connected, and critically conscious citizens — the foundations of a healthy and sustainable democracy. Who among us doesn’t salivate at such an idea? And while it’s true that there are economic benefits to the individual as well, quoting Jon Valant from the Brown Center on Education Policy, “what the U.S. needs from its schools has more to do with building a cohesive society and a stable democracy than with shoring up our economy.”

This suggests that the widespread alienation experienced by many Americans in our current education system is not something to be shrugged off. Rather, it’s a serious issue — at least for those of us committed to maintaining, and perhaps strengthening, a democratic society that serves each of its citizens.

Frighteningly, the cultural and historical moment we are living through is one marked by a vicious backlash against the democratic norms and principles we claim to uphold. There exists today a large and important population of our fellow citizens who have been made distrustful and resentful of science, expertise, and even the concept of “truth”. And yet, to borrow a phrase from Anand Giridharadas, “…the burden of citizenship is recognizing that what is not your fault, may be your problem.” Whatever the causes of this cultural phenomenon, what has become clear is that this is not a problem we can simply wish away, or delegate to someone else.

We are now tasked with addressing this problem; and re-imagining our education system needs to be part of our solution, while considering the realities of the modern world. Quoting Jon Valant again, this time writing for the Brookings Institute,

…while we were preoccupied with preparing students for the 21st-century economy, we failed to prepare them for our 21st-century democracy. Our social and political terrain really did change on us. The emergence of social media, like talk radio and cable news before it, reshaped how we learn about the world and one another. We interact in ways we’ve never interacted before, often without face-to-face contact.

Navigating this new terrain requires a discrete set of skills and dispositions that don’t come naturally. How do we act with civility in a digital environment where we know people only by the antagonizing views they espouse? How, in a time of unvetted and manipulated information online, do we distinguish fact from fiction? We haven’t done these kinds of things well. Survey after survey shows that Americans struggle with disinformation, believe conspiracy theories at frighteningly high rates, and harbor wildly negative views of one another. For example, in a December 2020 NPR/Ipsos poll, only 47% of Americans called this ridiculous QAnon claim false: “A group of Satan-worshipping elites who run a child sex ring are trying to control our politics and media.”

These aren’t issues that will be resolved with yet more attention to math and English language arts. They reflect shortcomings that are different and deeper.

Because the aforementioned “factory” model was designed for a world that has long since metamorphosed, reimagining our education system requires that we address an alarming mismatch between our schools and the world that surrounds them.

At the level of curriculum, we need to realign what is learned with what is needed. Industrial Revolution ideals like standardization, linearity, efficiency, and compliance must be set aside, and modern skills like media literacy, empathy, digital citizenship, and intellectual humility given a new, central importance. We must reimagine learning, not as gathering information, but as developing competency.

At a systemic level, it’s essential that we recognize the disparate negative impact that this antiquated approach continues to have on some of our fellow Americans. The mismatch between what students learn and what they need to be successful is especially pronounced for those Americans who have historically been denied equitable access to opportunities for growth, advancement, and participation in our citizenry. Effectively reimagining our system to meet the needs of all Americans, then, starts with critically examining, identifying, and addressing its most egregious faults. No race, no class, no type of learner should be excluded, humiliated, or alienated from the primary institutional means by which we develop our citizens’ competency, connectedness, and critical consciousness.

At a societal level, bringing an old system into the new world also means changing how we, as a society, talk about its purpose. Educational successes or failures can no longer be reasonably attributed to the individual alone. We know that successfully navigating an outdated, unfair, and dysfunctional education system is as much a function of privilege as it is one of merit; many of our nation’s most hard-working, intelligent, creative young people never reach their high-school graduation. The reality is that our public institutions have failed these people, failed to honor their individual differences, and failed to afford them with their right as American citizens.

When we alienate students from their education, for any reason, we alienate them from a profoundly transformative and liberating experience; we alienate Americans from their fundamental rights as citizens and human beings; and ultimately, we alienate ourselves as a society from our democratic ideals.

Sign up to receive our newsletter, access best-of educational resources, and stay in the know on upcoming events and learning opportunities. We hope to see you soon!