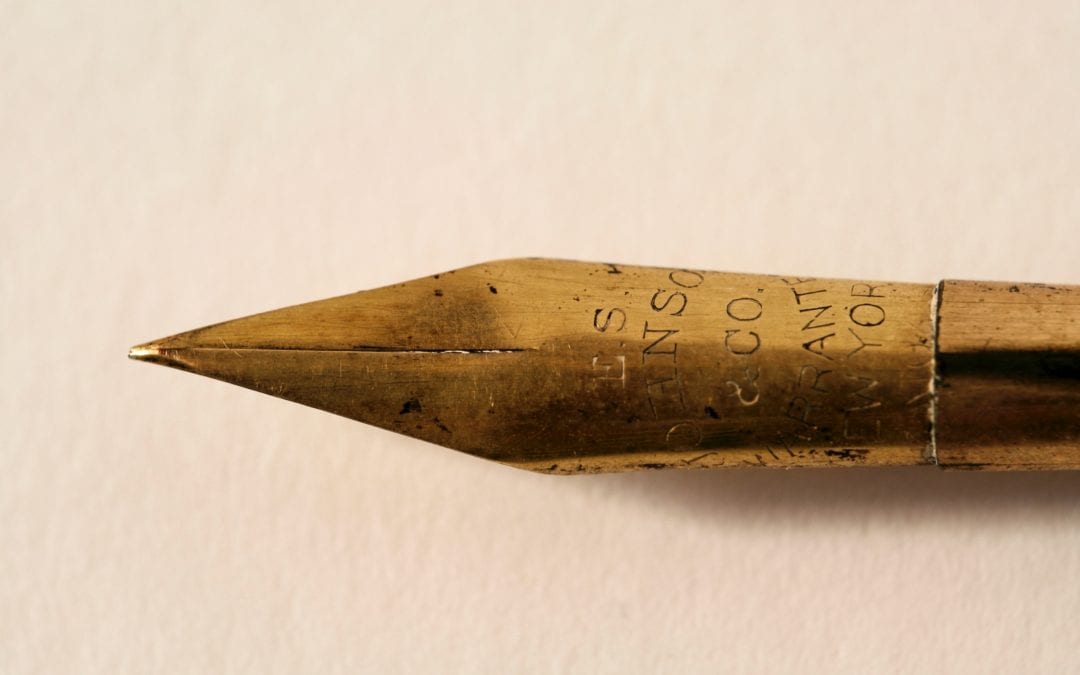 Our guest contributor, Catherine Epstein, highlights the power of a community that supports initiative, flexibility, and collaboration, and that honors human needs and humane values of empathy and care. Catherine currently teaches Humanities and directs theater at Meridian Academy in Jamaica Plain, Massachusetts. She received her Bachelor’s degree in English from Vassar College, where she wrote her thesis on banned books in American schools. She has worked as a public radio producer for WNYC, freelance writer, museum educator, and submissions reader of short stories and plays. She is a recipient of a 2017 Margot Stern Strom Innovation Grant from Facing History and Ourselves.

A few weeks after the 2016 election, on a bus ride from New York back to my home in Boston, I was mulling over the same question that everyone seemed to be asking late last fall: How are we supposed to talk to each other right now?

I’m also a middle school teacher, so I was especially thinking about how kids talk.

Throughout last year, I was struck by how often my 11- to 13-year-old students made bold generalizations about people who are politically different than themselves. (In my case, this means Republicans.) And given the national atmosphere among adults during the election, I wondered how politically opposed students could move beyond that reflexive rejection — and fundamental disinterest — in each other.

On the bus, I found an On Being episode that seemed like it could, at least, provide a model for difficult but thoughtful communication: “Pro-Life, Pro-Choice, Pro Dialogue.” Throughout the conversation between Christian ethicist David Gushee and reproductive rights activist Frances Kissling, their tone was direct and sometimes tense, but it was also humane and curious. Gushee said that these discussions don’t always change his mind, but they remind him of Kissling’s humanity. “There is real value in the conversation,” he said. “It is transformative.”

Gushee and Kissling identified an essential point of engagement. The conversation I imagined for my class might be challenging and uncertain, but it would be valuable, I thought, if it worked to humanize students in each other’s eyes.

I started considering what that conversation could look like, and letters felt like the best medium; they slow students down from what they might otherwise email or text back, and they also create a material connection. Students could hold each other’s notebook paper and see each other’s handwriting.

That spring, the educational non-profit Facing History and Ourselves put out a call for applications to their Margot Stern Strom Innovation Grant, whose 2017 theme was “hard empathy,” or empathy for those to whom we don’t easily or automatically relate. I applied with the letter-writing idea, and in June found out that I was one of twelve educators selected.

Soon after, I realized that it was easy to talk about the project and its empathetic goals, but I had no idea how to approach someone and ask if they’d be my conservative teacher pen pal. I asked friends, family, and colleagues for contacts, but no one had any leads that panned out. The ultimate solution was, maybe inevitably, Facebook.

Cherese Smith was one of the first to respond to a message I posted on a Middle School Social Studies teachers group. She explained that she taught History in “a very rural, ultra conservative public school in Ozark, Arkansas.” Cherese was immediately open and excited about the project, and she was willing to devote 2-3 classes a month to reading and writing letters — precious time for any teacher trying to get through the year’s curriculum.

I visited Ozark in early August. Over meals and drives and tours through her school, Cherese and I described our communities to each other, including their respective — and often opposing — attitudes towards religion, LGBTQ rights, and guns. As we talked, I realized that I had never started a partnership with someone based on our differences. Of course this felt strange and uncomfortable at first, and it took me a while to warm up to ask the questions I most wanted to ask. But it was also freeing, since the difference wasn’t a disappointing discovery — it was our founding connection. The moments of shared perspective and connection didn’t come from identifying a common perspective, but from realizing our communities’ identical reactions to each other. One afternoon, I mentioned to Cherese that, almost any time we hear conservative voices in the media, my friends and I wonder aloud, “How could anyone believe that?”

“Yeah!” Cherese said. “Well, that’s what most people around here say about about liberals.”

Both of us felt intimidated by what we were about to try, but also excited to see what might be possible.

In August, each student in Cherese’s class picked out one of my student’s names from a hat, and the project began. Over these first few months, the students have written about family (“I’m ¼ Iraqi…my grandma is the only one people might discriminate against”), place, (“I live in the city, so people don’t really own land. We measure in square feet, not acres”) and class (“Poor kids get treated wrong here, but kids with money get treated like they’re the queen or something.”)

As it turned out, finding shared humanity came much more quickly and naturally to our students than I had guessed it would. Even in their first letters, they shared intimate details about divorces, deaths, poverty, and alienation at school. One of my students said he loved the correspondence because it let him share things he couldn’t with anyone else, including at home or in school. In Cherese’s words, the project has become a place where many of her students can truly be themselves and not face judgment. Students also fill their letters with doodles, and some have sent leaf rubbings or small rocks.

To me, the recognition of humanity is most visible in the recognizable middle school weirdness of those exchanges:

Since we began the project in September, not a week passes without a student wondering aloud — often in the midst of a conversation about something completely unrelated — “When are the next letters coming?” But throughout these months of personal connection, many students don’t ask many questions of each other that explicitly address their differences. After we watched a New York Times video of teenagers discussing what America values, many of Cherese’s students said they related to Kaitlyn, a young woman with a Southern accent who discussed her Christian faith and her perspective on the Confederate flag. Almost all of my students said the opposite — that they related to Kaitlyn the least — but very few asked their pen pals why Kaitlyn felt so familiar to them.

I understand this. Meeting Cherese in Arkansas made me feel close to her, and I want to protect that closeness.

In moments when I know our opinions will diverge, my first instinct is to ignore the difference, instead of investigating it. So as we enter the fifth month of correspondence, I’m confronted with a new question. Once we see humanity in the other, how do we stay honest and inquisitive? After all, so many people seem frustrated in dialogue precisely because they see others’ humanity. It is often much more emotionally taxing to disagree with a beloved friend or family member than an anonymous stranger.

To help us deal with challenges like this, we consulted with John Sarrouf at Essential Partners, an organization that specializes in fostering communication across difference. John underlined the importance of a clear and shared intention. If the purpose of dialogue isn’t clear to all involved, he’s found, the conversation can easily break down. So, when the students’ natural aim was friendship, it made sense that they dodged harder questions. But because we wanted students to see each other’s humanity and more directly engage with one another, John helped us identify another purpose of the project: investigation. That idea helped us be explicit about the project as a rare opportunity to wonder of others, “How could they believe that?” and then actually get to ask someone who could answer.

Encouraging greater understanding can also feel dangerous. It sounds like a form of moral equivalency, insisting that all perspectives are equally valid.

I asked facilitator Bob Stains about this, and he had a simple answer. “Not all perspectives are equally valid. But if you believe that all people are equally valid, then you just have to ask yourself, ‘Do you want all people to be heard and understood, or not?’” This strikes me as a clear but vexing question. Hearing and understanding means resisting the urge to persuade, which seems both radical and uncomfortable. If I deeply oppose someone’s perspective, I imagine our students wonder, why should I find out more about it? Isn’t it my job to convince them otherwise?

But if it’s true that even facts don’t persuade us, and that many of us don’t know how to disagree productively, it also seems like the only practical and effective way to begin.

Researcher Brené Brown speaks to this understanding-centered approach with a phrase she says she first learned from Buddhist teacher Joan Halifax: “strong back, soft front.”

“I don’t like it, because it sounds hard. I’d rather have a strong front and a strong back and a strong everything. [But] our deepest human need is to be seen by other people — to really be seen and known by someone else. And if we’re so armored up, and we walk through the world with an armored front, we can’t be seen.”

Frances Kissling also articulated this idea, that we need both connection and inquisition to create a worthwhile dialogue.

“The need to approach others positively and with enthusiasm for difference is absolutely critical to any change,” Kissling said. “It’s much easier to preach to the choir versus listening to people who disagree with you. But the choir is already there; the choir doesn’t need us.”

In its first few months, the project has pushed me to confront what that listening needs to look like if it’s going to be meaningful. The students almost immediately heard each other as fellow human beings, but resisted learning more about the adverse parts of that humanity. In December, they started asking questions like “Would you vote for someone you liked if they didn’t support guns?” and “Would you ever consider converting to Christianity?” I’m anxious to see how they wrestle with new questions and challenges throughout the spring. These struggles, which I share, have revealed the difficulty and value in the fact that we can, as it turns out, talk to each other right now.

“Creativity follows mastery.” These are the words of Benjamin Bloom, who believed that learners are capable of incredible things if they have access to powerful learning environments. This is why we’ve chosen the name “Bloom” for our knowledge-sharing initiative. Bloom is all about our stake in helping to build the capacity of practitioners and leaders who work with our most marginalized youth to reimagine, recreate, redesign our models for learning–within schools and beyond. For us, this is fundamentally a matter of social justice. Reach out if you’d like to submit a guest post, or sign up for our monthly newsletter: [email protected].