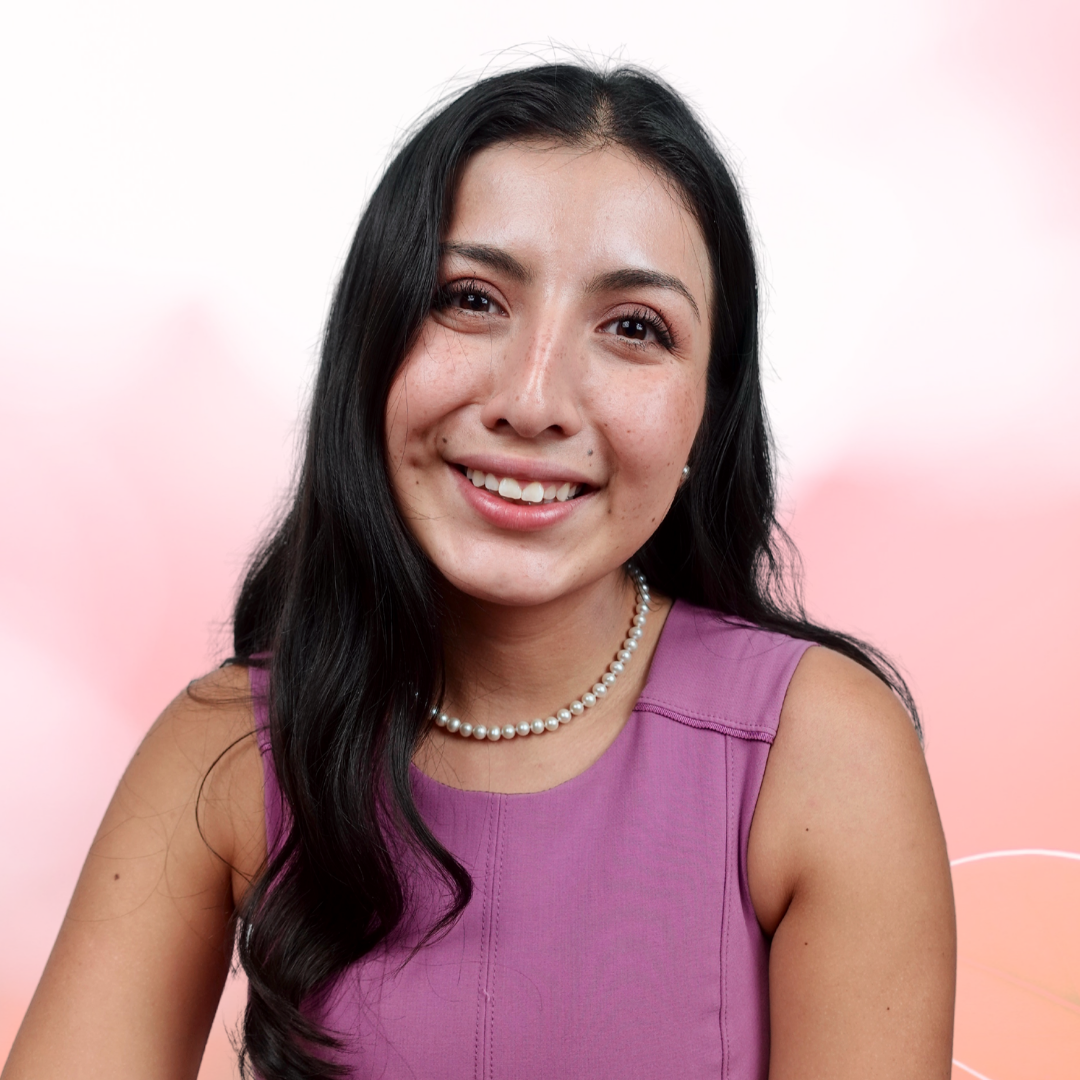 “You know, a lot of times we see STEM as a science and say ‘oh it’s boring.’

But I noticed from the beginning that we were all focused on portraying it differently. We wanted to highlight instead how it connects to every person, every student….”

When you open up the Instagram page for @Latina_engineer, here’s what you can expect to see: lots of inspiring, ironic, and informative posts. The account’s creator, Diana Iracheta, is a young engineer and advocate for women and minorities in STEM. Diana entered the US education system at age 12 as an English learner when her family immigrated from Mexico. She attended community college, then switched to a four-year institution to earn her engineering degree. Three short years later she’s a lead automation design engineer, the founder of International Latina Engineer Week, and the creator of a new foundation to provide scholarships for young minorities in STEM. This summer Diana added another title to the quickly growing list: Participant in reDesign’s K-12 Content Map Design Studio.

reDesign’s impetus for holding a design studio to “Reimagine the K-12 Content Map” was simple: It has become increasingly clear that our academic standards are simply not working. They don’t prioritize multiculturalism or anti-racist perspectives. They don’t align with the learning sciences. They don’t focus on the key concepts that learners need to understand in order to thrive in a changing world. And, they have not resulted in the improvements to academic outcomes that we hoped for. The disruption of the pandemic, and our country’s long overdue racial reckoning, have highlighted the extent to which the need for rethinking is urgent.

And it has also become clear that if we want a radical reimagining of K-12 content, as reDesign enthusiastically does, we need to add some seats to the design table. As proponents of liberatory design suggest, the “biggest shift in equitable design is in who is considered ‘a designer.’ ” reDesign issued an open call for experts “of diverse identities and geographies with expertise in their content areas, a lived commitment to antiracism, and a vision for equitable, inclusive education” to come together and reimagine the content maps of the future. That’s where Diana came in. Her work, both in industry and in building a network for young working engineers, is certainly impressive, but she’s not a K-12 classroom educator or “curriculum expert.” In other words, she’s not the typical candidate for a content map design studio— which is precisely why she was welcomed with open arms.

Lived experience and a passion for mentorship

Diana’s passion for building a support platform for Latina engineers is based in large part on her experience as a working engineer. She’s often the only woman in a room with 10 men and points out that under 3% of engineers are Latinas. “I keep thinking,” she says, “Why is there no one like me?” So she created her website, her YouTube channel, and other platforms to network with and mentor other young Latinas. Ultimately, she hopes to increase representation and break stereotypes (Alongside career advice, she has posts on “Shoes I wear to work as an engineer,” pointly featuring everything from meeting heels to steel toes).

At the same time Diana also realized that in school she hadn’t been able to connect early enough with courses related to engineering and struggled to find meaning in the math she enjoyed.  “It’s just a number, what is it going to do?” So she was delighted to see reDesign’s call to help develop concept maps that address big questions within and across disciplines. As someone focused on learning outcomes worth carrying into a working world crying out for more diverse representation, Diana approached the Design Studio through the lenses of connectedness and inclusion.

reDesign’s vision of a Learner-Centered Community is based in the “three Cs:” connectedness, competency, and critical consciousness. Diana immediately gravitated toward connectedness. Here’s how she describes the initial studio session, when the subject group worked to define the most important aspects of their subject: “You know, a lot of times we see STEM as a science and say ‘oh it’s boring.’ But I noticed from the beginning that we were all focused on portraying it differently. We wanted to highlight instead how it connects to every person, every student….” She felt that her view of engineering as a way to learn to problem-solve aligned well with the team consensus to spotlight the scientific method and the engineering design process. These concepts are not only transferable—both problem-solving and iterative design are relevant to lots of disciplines—but they also provide on-ramps for learners of varied backgrounds, interests, or talents to connect with STEM by identifying a problem they care about and/or applying their own strengths. As Diana points out, “It’s more than just math and science, you know; it has creativity!”

The second lens Diana brought to the design table was her focus on inclusion, a necessary companion to achieving connectedness, given that those who are not math-loving white males may feel less connected to the traditional ways STEM content is presented. Diana was able to bring personal insights on the inclusion of women, English learners, and LatinX learners. In addition, in both her Latina Engineer platforms and the Design Studio, she extends support to “anyone, whether they are a student of color, or from a different background, or any language barrier.” She points out that “even just coming from that background, you already have the kind of mentality where it’s like ‘maybe I don’t belong.’ And sometimes it’s not even being told, sometimes it’s the silence that just kind of makes you think that.” Diana also identifies an additional set of learners who don’t identify with STEM (although she is not part of this group): those who “hate math,” a stance which can be exacerbated by how STEM content is presented.

Diana feels that one of the primary ways to address all of these hurdles is to apply content concepts to interdisciplinary, real-world challenges. When given the choice to address challenges that matter to them and their communities, students suddenly feel the relevance of the content and a meaningful connection to it.

At this point Diana is naturally segueing from reimagining content to reimagining how the content gets delivered. “Why aren’t we exposed to core science concepts from a number of the different disciplines in an integrated way?” Project- and inquiry-based learning can provide such integration while also enabling learners to come into contact with a diverse range of working engineers who could act as role models and expand learners’ views of who belongs in STEM. reDesign’s Designers in Residence will be folding the outputs from the content-focused Design Studio into just such a reimagining of learning experiences.

Finally, Diana reminds us how vital it is to ensure that we are doing this work in equitable, antiracist ways and with liberatory goals. “I feel like there shouldn’t be a difference among students, we are all able to be successful in STEM,” says Diana. “But sometimes some of us don’t have the resources. And that’s when there’s a connection between the right plan to teach the content and the right mentorship because many times we don’t know what we can do with STEM. So there’s an overlap between how the content is taught and how you’re able to connect with it, but also with knowing about opportunities and having support and guidance.”

reDesign is still digesting the work done in the initial Design Studio. But participant stories like Diana’s provide an exciting window into what we can expect when we go well beyond listening tours and empathy interviews to re-define who gets to be a designer. By offering a seat at the table to those most impacted by systemic inequities and outdated curricula (including those like Diana with insight into how these affect the ability of learners to thrive in the real world), we can tackle the transformation of both learning and power.